Our EAPPI Colleagues in Hebron have issued this call to action. If the transfer of this Palestinian property to Israeli settlers proceeds, there is a fear that violence will break out in Hebron. This area has been referred to as a “microcosm of the occupation.” It is prone to violence as it is home to 190,000 Palestinians and 800 settlers who are protected by 2,000 soldiers. I encourage you to read this appeal and if possible to act. 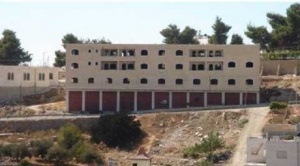 Palestinian Property which the Court Has Given to Israeli Settlers ~ Hebron
Photo Credit: John Cassel

The Jerusalem District Court ruled on 13 September 2012 that the locally known “House of Peace,” a privately owned Palestinian building in Hebron’s H2 area belonging to the Al Rajabi family, is to be given to Israeli settlers. (Note: H2 is an area of Hebron which has been taken over by Israeli settlers.) The house is situated in a valley at the southern entrance of the Kiryat Arba settlement in a strategic location that could link this settlement to five other nearby settlements around Hebron’s Old City.

The Al Rajabi family is currently preparing to file an appeal to the court ruling. Nonetheless, they are not hopeful of the outcome and are seeking international support to pressure Israel to return their property to them without delay. 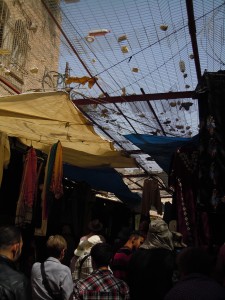 ADDITIONAL INFORMATION: On 19 March 2007, approximately 200 settlers occupied the building and claimed to have purchased it. The settlers launched a campaign of attacks against Palestinian families and their property in an effort to pressure Palestinians to move away from the area. Their efforts were supplemented by an increased presence of Israeli soldiers in the area to provide security for the settlers, which resulted in severe movement and access restrictions for Palestinians.

On 17 November 2008, the Israeli Supreme Court ruled that the ownership deed produced by the settlers was forged and declared that the ownership of the building should only be decided after the case has gone through all levels of litigation in the Israeli Judicial system. The settlers were ordered to vacate the building, which they did, while injuring approximately 25 Palestinian civilians, damaging seven cars, and vandalizing three homes in the process.

Since then, the Israeli Military has occupied the building pending a court decision, and the area has been calm. However, the recent Jerusalem District Court’s ruling will likely result in increased settler violence and harassment targeting Palestinians living in the area. 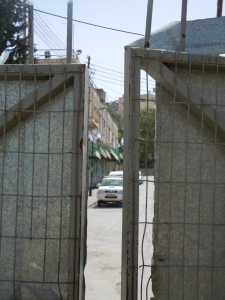 INTERNATIONAL HUMANITARIAN LAW: Article 49 of the Fourth Geneva Convention of 1949 states that, “The Occupying Power shall not deport or transfer parts of its own civilian population into the territory it occupies.”

Article 23 of The Hague Convention of 1907 clearly states that, “it is especially forbidden (for the occupier) to destroy or seize the enemy’s property, unless such destruction or seizure be imperatively demanded by the necessities of war.”

You may either use the sample letter below or draft your own:

I am writing you in light of a recent decision by the Jerusalem District Court on 13 September 2012, which ruled that ownership of the so-called “House of Peace” in the West Bank City of Hebron be transferred to Israeli settlers.

The situation in the City of Hebron is already tense and the handing over of the building to settlers would only serve to increase the tension in the area, and will endanger the lives and property of Palestinians living in the area, threatening the relative peace and stability that has been upheld since the removal of settlers from the building by the Israeli military in 2008.

Moreover, the Jerusalem District Court’s decision contradicts Article 49 of the Fourth Geneva Convention of 1949, which states that; “The Occupying Power shall not deport or transfer parts of its own civilian population into the territory it occupies.”

The ruling is also a violation of Article 23 of The Hague Convention of 1907 clearly states that, “it is especially forbidden (for the occupier) to destroy or seize the enemy’s property, unless such destruction or seizure be imperatively demanded by the necessities of war.”