Thursday, October 11, was a good day for the Jahalin Bedouin! See the following press release and my related blog of September 18.

PRESS RELEASE ~ Following a hearing on September 13, the Israeli High Court of Justice gave its decision on October 11,  rejecting the petition filed by settlers of Kfar Adumim demanding that the Israeli Defence Forces’ (IDF) Civil Administration enforce the demolition orders which are pending against the now infamous Bedouin “tire school,” which is ecologically built of mud and used car tires. The school is attended by roughly 95 Bedouin children (grades 1-7) who are residents of the adjacent village of Khan Al-Ahmar. This Jahalin Bedouin community has been residing in the area for over 60 years, long before the construction of the settlement of Kfar Adumim, which now resides not far from their huts. 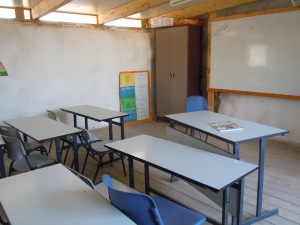 While the immediate threat facing the community has been lifted, it still faces forced displacement by the Israeli Army. “The court backed the Civil Administration regarding the displacement of the community,” says Adv. Shlomo Lecker, lawyer for the Jahalin. “But for the time being, at least until next year, the demolition orders will not be enforced. In addition, the judges repeatedly urged the IDF to initiate dialogue with the Jahalin community on finding a peaceful planning alternative.”

Khan Al-Ahmar spokesperson Eid Abu Khamis Jahalin commented, “I am pleased with the High Court, and I think its decision is a good one: the judges did not rule in favour of the settlers who were pushing for the immediate demolition of the school.”

MY REFLECTION ~ Yes, for now the school is safe. The children can relax ~ maybe … Maybe the bulldozer will come next year, maybe the year after ~ This is what it is like to live under occupation. One never knows for sure what will happen next or when ~ One is kept guessing ~ One keeps hoping ~ or not ~ But for now the school is safe and the children have a place to learn ~ It may be a little thing, and it may be temporary, but when one lives under occupation, one is grateful for the little things, even if it’s “just for now.”