The A, B, Cs of Occupation 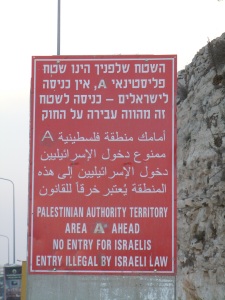 Some think the Oslo Agreements of 1993-1995 had promise. Many think Oslo was a disaster. All agree it has failed. Oslo II (1995) created 3 temporary administrative divisions in the West Bank ~ A, B, and C. It was designed as an interim agreement until a final status accord could be established ~ ideally within 5 years. But it has been an 18 year interim ~ it has clearly passed the “best before” date and needs to be discarded. In reality it has functioned as a facade for Israel to continue to build illegal Jewish settlements in the occupied West Bank.

In this interim agreement, major population centers such as Bethlehem, Jericho, and Ramallah are in Area A and fall under full Palestinian control; however, this comprises only about 18% of the West Bank.

Villages and rural areas are deemed to be in Area B ~ approximately 21% of the land. Here the Palestinian Authority has responsibility for civil affairs, and shares security with Israel. In practice, however, security is for the most part controlled by the Israeli military which can come and go at will, and parts of Area B have been illegally confiscated by Jewish settlers. 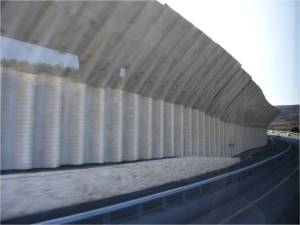 The majority of the land ~ approximately 61% of the West Bank ~ is termed Area C and is under full Israeli control; 70% of this land has been designated for Israeli settlements (illegal under international law), military zones, nature reserves, the separation wall, and its “buffer zones.” As the only contiguous area in the West Bank, it includes most of the key infrastructure including roads, electricity, and water resources. It is almost impossible for Palestinians to build, expand or improve their homes in Area C even though they own the land. Applications for building permits are routinely denied. The process of applying is time consuming and expensive. After making numerous attempts, many Palestinians are forced to build without permits as this is their only option for housing their expanding families. They build and wait for the bulldozers which will come ~ the question is when.

The 150,000 Palestinians in Area C are under constant threat of home demolition or eviction ~ including over 27,000 Bedouin whose villages have been declared “unrecognized” even though they have lived on the land for centuries. In 2011, 560 structures in Area C were demolished including 200 homes and 46 water cisterns ~ 1,006 people were left homeless including 565 children, more than double the number for 2010. There are currently over 3,000 outstanding demolition orders, including 18 schools (UN Fact Sheet, Area C). It is estimated that 300,000 settlers live here illegally ~ Israeli citizens under Israeli civil law. Palestinians in the West Bank, however, are governed by Israeli military law.

Many think that Israel plans to annex this huge swath of the West Bank, all in contravention of international law and Article 49 of the Fourth Geneva Convention which states that an occupying power cannot transfer its own civilian population into the territory that it occupies, and resources in an occupied area must be used for the benefit of the occupied. However, Israel has a convenient way of wiggling out of this. They simply say that the land is not occupied. But this too flies in the face of international opinion. Many respected Israeli and Palestinian voices are saying that the two state solution is dying if not dead. Annexation would seal the deal as it would make a contiguous Palestinian state impossible.

But you don’t have to live in Area C to receive house demolition or eviction orders. Homes in Area B can also be declared to be in a “military sensitive area.” Palestinians in East Jerusalem can be evicted from their homes by Jewish settlers who allege that a particular house was owned by a Jewish family prior to 1948. Palestinians in the Sheikh Jarrah and Silwan neighborhoods of East Jerusalem are regularly evicted onto the streets only to see settlers pull up with their moving vans and take over their homes. And yet Palestinians are forbidden to return to the homes from which they were driven or fled in 1948, even though they still hold both the deeds and the keys.

Israel has managed to use portions of old Ottoman and British land laws to come up with a very complicated system which declares land to be property of the state if the owner was absent in 1948. This has created a bizarre category of Palestinians known as “present absentees” ~ they were absent but they are present! Further, if land is not cultivated for a period of 3 years, it is appropriated by the state and given to settlers. Yet the Separation Wall prevents many Palestinian farmers from accessing their land, and they are often refused permits. Thus Israel denies them access and then applies an antique law to steal their land. 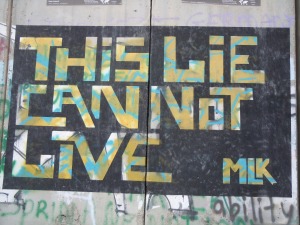 These inhumane, immoral, illegal practices are all part of a plan ~ Israel wants as much land as possible with as few Palestinians as possible. And it doesn’t seem that they will stop until they succeed ~ Unless the international community can rally and mount an outcry against these flagrant violations of human rights ~ Unless the United States can change its course and stop providing Israel with a blank cheque to the tune of 3.3 billion dollars a year ~ Unless people of conscience wake up and speak out: “Enough is enough!” When will the international community stand up and hold Israel accountable to its responsibilities under international law? 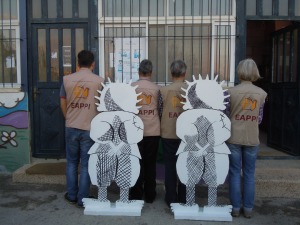 The recent findings of the UN Human Rights Council’s six-month investigation into the effect of Jewish settlements on Palestinian rights indicate that Israel has committed multiple violations of international law, possibly including war crimes (New York Times, February 1). One can hope that this is a step in the right direction. However, Israel has chosen to boycott the HRC meeting to review the panel’s findings. This is not surprising, but it is certainly part of the problem. How is it that Israel sees itself as being above criticism? Why is it that Israel continues to ignore international law and the Fourth Geneva Convention with impunity? Isn’t it time to move beyond the A, B, Cs of occupation and commit to a just peace for all who live in this land?

4 Responses to The A, B, Cs of Occupation