Prawer Plan Is Scrapped ~ For Now 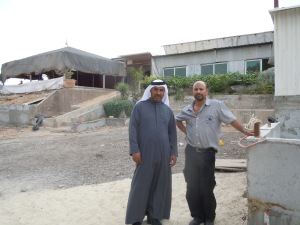 You have all likely heard the news! The Israeli Knesset has decided to scrap the Prawer Plan which, if passed, would have forcibly relocated 40-70,000 Bedouin citizens of Israel from their 35 “unrecognized villages” in the Naqab (Negev) and “concentrated” them in townships.

Activists are celebrating this as a “win!” And we like to think that the tremendous outpouring of international pressure did make a difference. But of course Israel would never admit to bowing to outside pressure to scrap a racist law, and so the word from local media is mixed. There are two main reasons given: 1) The Bedouin had not agreed to the plan. (As it turns out, it wasn’t even presented to them!) To add insult to injury, this fact was then concealed from the Knesset. 2) Some in the Knesset believe that the compensation in both land and money offered the Bedouin was too generous. Quoting Israeli Foreign Minister Avigdor Lieberman: “[The Israeli government] should re-examine this plan and consider a far-reaching plan that would annul the benefits the Bedouin were to receive.”

Whatever the reason ~ be it absence of approval, lack of transparency, excessive “generosity,” or international outcry ~ the fact is that the Bedouin citizens of the state of Israel have been spared forced relocation ~ for now. But “for now” is important! Living in Palestine, one quickly learns that it is all about buying time ~ for now ~ And now is all they have ~ it is all any of us really has. The Bedouin can teach us much and challenge us to live in the moment ~ now.

5 Responses to Prawer Plan Is Scrapped ~ For Now